The Oblates at Montreal

When the first six Oblates arrived in Montreal, on December 2, 1841, the small Congregation founded by Bishop de Mazenod in 1816 counted only 59 members. The establishment in Canada would give rise to a significant number of vocations. If we consider only the diocese of Montreal as it existed in 1841, this area has provided no less than 736 Oblate Fathers and Brothers up to now. 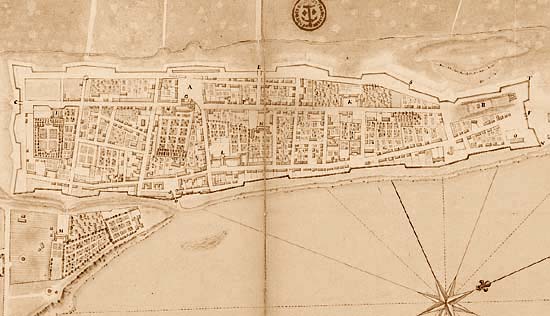 Among the most renown of them, we find Cardinal Jean-Marie Villeneuve, Bishops Adélard Langevin, Ovide Charlebois, and Lionel Scheffer, as well as two Superior Generals: Léo Deschâtelets and Fernand Jetté. We must also name such legendary missionaries as Albert Lacombe, Zacharie Lacasse among so many others. The limits of this article will only allow a brief glimpse at this century and a half of history. For the moment, we must limit ourselves to two areas of ministry: preaching and parishes. We’ll reserve the movements of Catholic Action and the chaplaincies for another article.

Preaching
Upon their arrival in Montreal, and first installation at Saint-Hilaire, the Oblates began to preach parish missions, especially in the Eastern Districts. They also conducted many retreats for religious communities, diocesan priests, as well as in colleges, boarding schools, and even prisons. Among the most illustrious preachers in the Montreal region we must mention Damase Dandurant, the first Canadian Oblate, who died at the age of one hundred and two, Jean-Claude Léonard, a former Sulpician who entered the Longueuil Novitiate as early as August, 1842, and Lucien Lagier who gave more than one thousand retreats, spanning thirty-three years of preaching.

Closer to our times, many remember the whole-heartedness of Father Arthur Guertin, the thunderous voice of Father Azarie Ménard, the florid style of Lévi Côté and the solid doctrine of Edmond Lemieux. In the 1950’s, the mission band of full-time Oblate preachers reached up to fifty active participants. Archbishop Desranleau of Sherbrook could write about them: “I don’t believe that the Oblates have attained more perfection elsewhere than in their work of preaching parish missions. In this, at least in our country, they are the leaders and the models.”

To all of these itinerant preachers we must add those conducting closed retreats at Ville LaSalle. This house, opened in 1943, at the former Novitiate, received 116,200 men and women on retreat, in the twenty-five years of its existence. Among the most important preachers, we must remember the names of Fathers Albert Berlinguette and Jean Cabana. Brother Oscar Sansregret also deserves a special mention for his perseverance in this house: a full fifty-two years.

Parishes
The Oblates served four parishes in Montreal. The first in line was Saint-Pierre-Apôtre, which began in 1848. A simple chapel at first, it became a parish in 1900, with Father Hormidas Legault as first pastor. Along with the twenty-six pastors who succeeded him up to this day, we must underline the work of Oblate Brothers Jean-Baptiste Langlois the first Canadian Brother, Armand Tison and Rodolphe Tourigny.

In 1916, the Oblates accepted the new parish of Saint-Nazaire, in Ville LaSalle. Father Victor Jodoin was the first pastor. Fathers Armand Laniel and Hervé Ménard were the greatest contributors to the material and pastoral organization of that parish.

Sainte-Bernadette-Soubirous parish of Rosemont saw the light of day during the crisis of 1938. Father Gernain Houle, founding pastor, set up a temporary chapel, with classes in the basement. Father Calixte Beaupré strengthened the parish spirit from 1942 to 1947and Father Simon Chênevert built the actual church in 1955.

We end with a word on Saint-Francois-Xavier parish in Kahnawake, which was served by Father Nicolas Burtin as pastor for thirty-seven years, from 1855 to 1892. This priest was so fluent in the Iroquois language that he was able to translate the Bible into Iroquois for use by his parishioners.