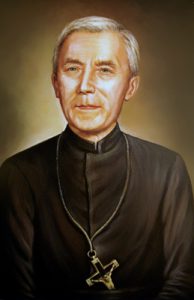 Brother Anthony Kowalczyk, the first Polish Oblate of Mary Immaculate to live and work as a missionary in Canada, was recognized as venerable March 27 by Pope Francis.

Brother Antony Kowalczyk was born in Dzierzanów, Poland, on June 4, 1866.  He was raised in the region of Silesia, Poland. Anthony, the sixth of twelve children, was chosen to train as a blacksmith, because it would enable him to find work in neighboring Germany.

On reaching working age in 1886, Anthony went to the ironworks of industrial Hamburg in Germany. It was a rough situation there, and he had to contend with constant provocation from some of his blasphemous and immoral co-workers. Anthony left Hamburg and headed for Germany’s western city of Cologne in the more Catholic Rhine region. On arrival, he went to pray twice at the tomb of Blessed Adolph Kolping (1813-1865), founder of an association for Catholic workers. On the outskirts of the city, he found what he longed for: a Catholic family that welcomed him. Mr. and Mrs. Prummenbaum not only gave him lodging but, as examples of righteousness, they also enlightened Anthony, and for this he was deeply grateful to them for the remainder of his life.

In this atmosphere of goodness and faith, facets emerged that led Mrs. Prummenbaum to ask: “Would you like to become a missionary?” Mrs. Prummenbaum accompanied Anthony to a mission center of the Missionary Oblates of Mary Immaculate in the Netherlands. He entered the novitiate at St. Gerlach, Netherlands, on October 1, 1891, where he professed his vows on October 2, 1892. At first, from 1892 to 1896, Bro. Anthony worked at the juniorate in St. Charles of Valkenburg, Holland. All that he did was excellently done, but, from time to time, he would call on his superior to remind him that what he really wished for was to be a missionary. In time a pressing need arose, and Anthony was sent to the missions in Northwestern Canada. 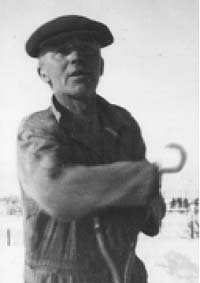 He went first to Lac-La-Biche, Alberta, 200 km north of Edmonton, where the Oblates had founded a school for young people, and he worked among the Cree and Metis. After 1897, he worked at the construction of an school at Saddle Lake. There Bro. Anthony fulfilled the functions of mechanic, driver, porter and gardener. There was a workshop in which a steam engine generated power for a sawmill that supplied timber for the missions further north. After working there for a year, on July 15, 1897, a serious accident occurred that necessitated the amputation of Anthony’s right forearm. Bro. Anthony recovered and went back to work with a prosthesis made of a leather sleeve and metal hooks. Later in 1897, he was posted to the mission at Saint-Paul, Alberta. He professed his perpetual vows at St. Albert, Alberta, on January 17, 1899. 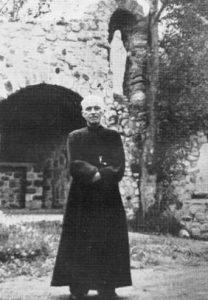 During those years, St. John’s College was opened in Edmonton for the training of young future missionaries. Anthony spent from 1911 to the end of his life there. Apart from his manual labor there, he was an admirable example of religious lifestyle, humbly, totally and lovingly dedicated to service and, above all, to the intense search for God. He was always available to the young for a prayer or a word of encouragement; his greatest joy was to watch them develop and persevere. When any task became difficult, Br. Anthony would drop to his knees to pray a Hail Mary. When students asked him to pray for them at exam time he would urge them to pray an “Ave”. Many students called him “Brother Ave”.

Brother Anthony died on July 10, 1947, in St. Albert, Canada at the age of 81. Neither his name, nor his memory, has faded from the hearts of thousands of people who pray at his grave. He is buried in the Oblate cemetery in St. Albert.