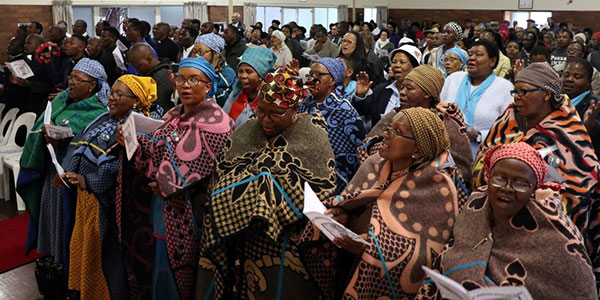 September 8, each year remains memorable for the Missionary Oblates of Mary Immaculate in Southern Africa. It is the day on which St. Joseph’s Scholasticate, was sown like the mustard seed, by a team of zealous Missionaries from France in 1943. 75 years later, this little seed has become a mighty tree whose foliage continues to nourish and mould fervent priests and brothers for the local Church and beyond.

It was, therefore, an event to behold, when Oblates from around Southern Africa and from far afield, together with their associates and friends, defied the torrential rains of September 8, 2018, to celebrate 75 years of the goodness of the Lord in their unique activities of Oblate formation at Cedara. 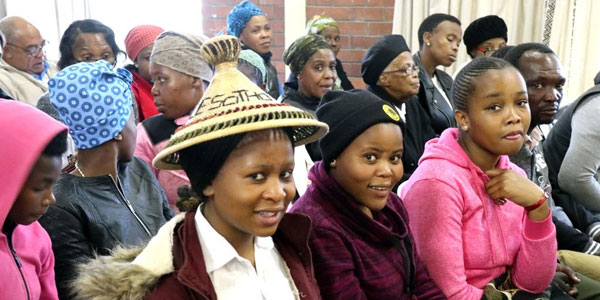 Looking back with gratitude, Father Neil FRANK, the newly-appointed founding Provincial of the recently constituted Missionary Oblates of Mary Immaculate, Southern African Province (OMI-SA), recalled some of the greatest challenges the Scholasticate went through to be where it is today. He noted that the Scholasticate which was born in the context of World War II bore, first-hand, the brutality of the socio-political forces of the apartheid regime.

He stated: “I am thinking also of the constitutionalised apartheid of the 50s, the 60s, the 70s, the 80s and the 90s that threatened the non-racial policy of the Scholasticate, even forcing the community to sit in different places in public spaces like in cinemas; it was very hurtful to all the members during that time.” 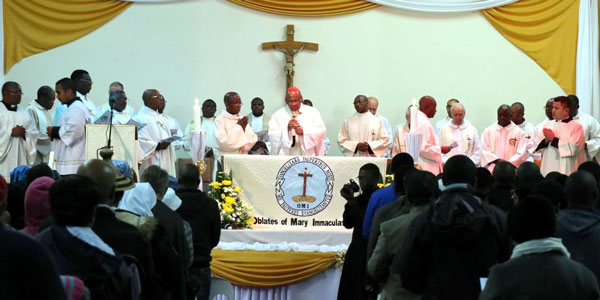 But looking at the present, he was happy to note: “Our Scholasticate has become more international than it has been previously; South Africans no longer dominate in numbers. This has increased the inter-cultural experience and has enriched our lives. And also provides a good basis for clarifying what are the African questions and seeking the African answers to them.” He expressed the hope that the Scholasticate and St. Joseph’s Theological Institute will, once again, bring contextual theology to bear on the current socio-political problems: increasing poverty, the land issue, corruption, and the education crisis in the country. He further tasked the Scholasticate formation team with developing “a decolonised missionary formation for a decolonised missionary praxis.” 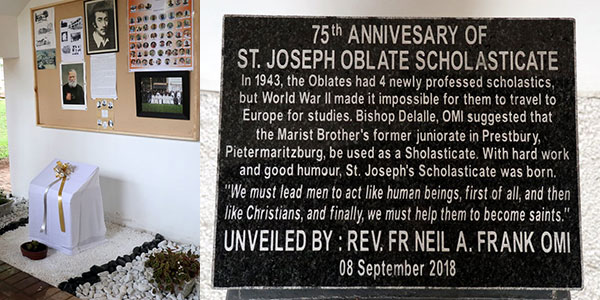 Earlier, in his remarks, Wilfred Cardinal Napier of Durban Archdiocese, who presided over the anniversary Mass, paid glowing tribute to the Congregation for the many gifts and blessings which have been granted to the Church of Southern Africa – fruits of the quality formation of generations of Oblates who continue to play significant roles in the evangelisation of the region.

In his words of thanks, the Superior of the Scholasticate, Fr. Joseph PHIRI, reiterated the willingness of the formation team to carry on the courageous legacy of the formation of responsible “young men who are going to dedicate their lives to working for God.” He further said: “Like our founder said, we have to build human beings first of all and become good Christians and then hopefully, become saints. So, my brothers, aim to be saints.” 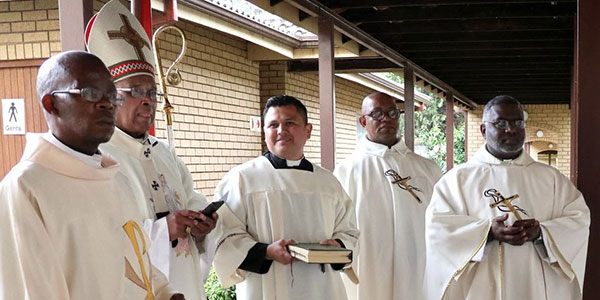 A memorial stone was erected to rededicate the Scholasticate to St. Joseph our Patron. St. Joseph’s Scholasticate was founded in 1943 to fill the gap created as a result of the Second World War when it became impossible for the Oblates of Mary to send their candidates to Europe for studies which had been the practice until then. Following the advice of Bishop Henry DELALLE, an Oblate scholasticate for Southern Africa took root at St. Joseph’s Hermitage, a former Marist Brothers’ Juniorate in Presbery, Pietermaritzburg, which was not then in use. (Denis Ekwerike MDP)

NB: Denis Ekwerike belongs to Missionary Society of Divine Paraclete, from Nigeria, but resides at the Oblate community and is being formed by Oblate Formation Team.

An Oblate initiative in memory of the martyrs – Ukraine
The Mountain Kingdom and the Canadian Oblates: Notre-Dame-du-Cap