Let us be men of Advent, like St. Eugene. 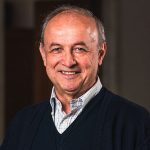 The liturgical season of Advent brings to mind what Pope John Paul II had to say on the occasion of the canonization of our Founder. Here are his words, spoken in that unforgettable celebration:

“Blessed Eugene de Mazenod, whom the Church proclaims today, was a man of Advent, a man of the Coming. He not only looked towards that Coming, but, as Bishop and Founder of the Congregation of the Oblates of Mary Immaculate, he devoted all his life to preparing it. … Eugene de Mazenod was one of those apostles who prepared for modern times, our times “.

These words, for which we are proud to be Oblates, present us with a man who dedicated his life to preparing, in history, the coming of the end of time, the coming that will end human history. He waited for it and prepared it in the heroic exercise of virtue, involving the religious family he founded, in this human-divine adventure of the religious family he founded. He was a forerunner, able to see and read the signs of the new times, to prepare for them and the coming of the Savior who will lead us into the Kingdom of Heaven, whose work he wanted to associate with “his” Oblates.

The connection between St. Eugene, the Oblates, and the liturgical season of Advent does not stop there… Even Pope Francis, meeting the capitulars on 7 October 2016, in the sala clementina, took what was said years ago by his predecessor, inviting the Oblates of today to be “men of Advent” as well. It is an invitation that Pope Francis addressed not only to the members of the 36th General Chapter, but through them, to the whole Congregation, to each Oblate. Having said that St. Eugene was “obedient to the Holy Spirit in reading the signs of the times and assisting the work of God in the history of the Church”, the Pope addressed to us this invitation: “May you also be ‘men of Advent’, capable of grasping the signs of the new times and guiding our brothers and sisters in the ways that God opens in the Church and in the world”. It is a challenging invitation, especially if we consider what he said immediately after: “The Church is living, together with the whole world, an era of great transformations, in the most diverse fields. She needs men who carry in their hearts the same love for Jesus Christ that lived in the heart of the young Eugene de Mazenod, and the same unconditional love for her, which strives to be ever more open. It is important to work for a Church that is for everyone, a Church ready to welcome and accompany! The work to be done to accomplish all of this is vast; and you too have your specific contribution to offer”.

With these words, the Church, in the person of Peter’s successor, again entrusts us with the mission to which Eugene felt called when he gathered around him his first companions, the mission to respond to the cry of the abandoned Church of his time. This Church needs, perhaps today more than ever, “men who carry in their hearts the same love for Jesus Christ, who lived in the heart of young Eugene”.

The Savior comes into the world. He comes as the Redeemer to save those who are lost, to look for the lost sheep, to gather the scattered children of God in unity. Eugene wanted us to be “collaborators” of the Redeemer precisely in this work of salvation. Well aware of how demanding it is to carry out this task, Pope Francis tells us that we too have our contribution to offer. And now, we Oblates are called to seek together and discern what is this contribution that the Church asks us to offer.

On the first Sunday of Advent in 1995, our Founder was canonized; on the third Sunday of this same liturgical season, in 2011, the martyrs of Spain were beatified, and, in December of last year, again on the third Sunday of Advent, the martyrs of Laos. We could say that Advent is truly “our” favorite liturgical time, because it reminds us that, through our mission, we are called to prepare the coming of the Redeemer in the hearts of those who, even without knowing it, await it.

Reading and meditating on the documents of our last General Chapter, we are perhaps scared to see how much work we have to do, how much to accomplish, how much “homework” needs to be done… May the words spoken by John Paul II be a light to us when he spoke of Saint Eugene “in his expectation, he reached the intensity of heroism, that is, he was characterized by a heroic degree of faith, hope and apostolic charity”. These words, far from inducing us to discouragement, stimulate us to a renewed commitment.

Eugene, too, found himself faced with an immense task: “This vast field to be covered!” he had written in the Preface to the first Rule. Nevertheless, without letting himself be discouraged by the immensity of the work to be done, he wondered how to respond to that specific situation, rolled up his sleeves, and went to work. Having now entered with enthusiasm into the third century of our history, we can also imitate today his love for Jesus Christ, his apostolic zeal, his love for the poor and the most abandoned, his unconditional passion for the Church.

Letter of Fr. Superior General for the Solemnity of the Immaculate Conception of the Blessed Virgin Mary
Sacred Heart Church Celebrates World Day of the Poor