“A Voice in the Desert. The Oblate Mission in the Sahara”. 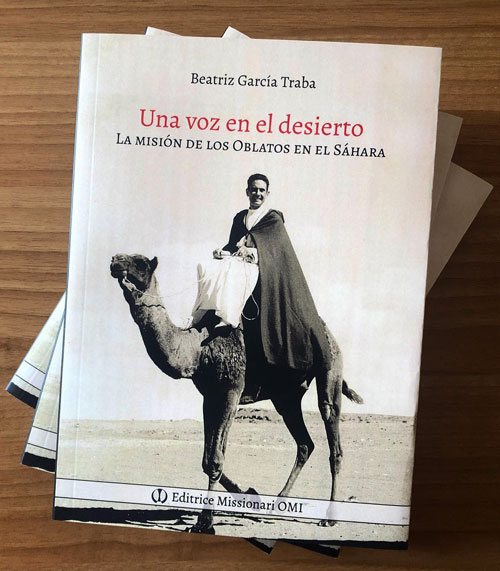 The publication of the book has had a chequered history: the idea began many years ago, thanks to a visit to the mission by the author, Beatriz García Traba, a doctor in Geography and History and a friend of the Oblates in Madrid. After some time that the project had not progressed, the occasion presented itself opportune with the celebration of the Extraordinary Missionary Month in October 2019 when the Congregation for the Evangelization of Peoples invited us to give thanks to God for the history of the Mission.

After a thorough study of documents including the archives of the Spanish Sector of the Mediterranean Province and direct interviews in Spain and in the Sahara, the book was taking shape. When much of the work had already been done, the Covid-19 pandemic crisis broke out and its publication was delayed until February 2021.

We can say that this corresponds to the missionary adventure it describes: the Oblate mission in the Sahara has also gone through many difficulties up to the present day. The book takes up this history and pays tribute to those who made it possible: the missionaries and the people to whom they were sent. Alberto Ruiz, OMI, Vicar Provincial, points out, “The lives and testimonies of the Oblate missionaries reflected in the following pages, reveal to us the difficulty of the beginnings, the vigorous work of the early years, the constancy in times of socio-political difficulty and the perseverance of the silent presence in the last stage. At the same time, they reveal to us a prophetic facet that is probably less well known: the commitment to equal opportunities, the promotion of women, inter-religious dialogue, care for the weakest, respect for differences that favours friendship. All of this is realized and lived out in simplicity and everyday life”.

The entire book is full of diverse testimonies: missionaries who lived for a time in this mission, official documents and personal letters, but above all the testimony of lay people who lived with the Oblates and the even more precious testimony of the local population. The last chapter brings together a wide range of these testimonies in an assessment of the presence of the Church today and the hopes for the future. It is a beautiful and meticulous edition for which we are grateful to the work of Angelica Ciccone and all those who work at the Editrice Missionari OMI of the Mediterranean Province. 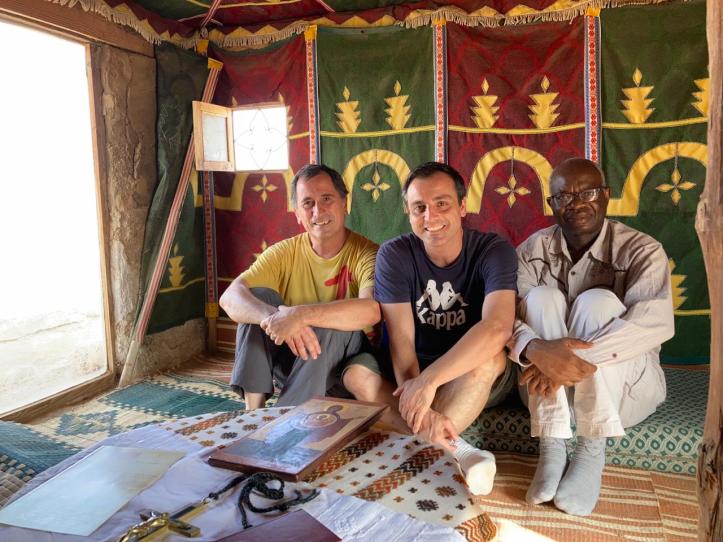 Beatriz has also filled a gap in the many studies that have been done on the history of this territory, since no one had ever before attempted to bring together in a book the history of the Apostolic Prefecture of the Sahara and therefore of the Oblates in this land. The book, with its more than 300 pages, is well illustrated with photographs selected for each period. The first edition, limited to 500 copies, has already been issued free of charge to all the post-novitiates of the Congregation and the various Services of the General Administration, as well as to all those who have participated in the production of this book. To purchase it, please write to the following e-mail address: archivoprovincialomi@gmail.com

Alexandre Taché, OMI (1926 – 2021)
The Cross in the Heart of DeMazenodian Spirituality