Priest rescued by “the hand of Mary” during earthquake in Haiti

As Haiti slowly recovers from an earthquake that killed thousands, Fr. Albert Cator’s story is inspiring amazement and thanksgiving.

“There’s no doubt that the hand of Mary was there,” says Fr. Ellince Martyr, provincial superior of the Oblates of Mary Immaculate (OMI), of which Fr. Cator is a member. Fr. Jean Marcel Louis, spokesman for the diocese of Cayes (in the south of the country), told Aleteia that he “immediately thought of the Mother of Christ.”

Fr. Albert Cator was in the bathroom when the terrible earthquake occurred, catching him totally off his guard. At the Seminary of Mazenod (about 138 miles from Port-au-Prince), the three-story house, where he lived on the first floor, literally collapsed on him. He then waited for more than five hours for help. 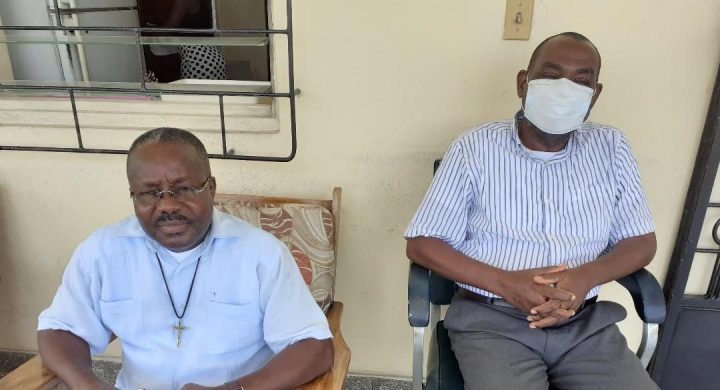 At the Provincial House in Port-au-Prince, Fr. Albert Cator spends hours each day, somewhat traumatized, sitting in the courtyard, his thoughts constantly turned to the events of that eve of the Assumption. At 62 years of age, with a story that has moved the entire diocese of Cayes, the religious is resting and healing here.

Does he need psychological care? His answer is clear: “Prayer and the support of my community are already enough.” A passage from the Bible particularly carried him through this ordeal: “I cried out, my Lord, my God.”

The priest, who is visually impaired, was in the bathroom when he heard a deafening noise and felt the whole building shake.

“The three floors collapsed,” he says, and “a violent movement of the bathroom suddenly disoriented me … Without this movement imposed by the force of the earthquake, I would have had difficulty breathing because it trapped me under a mass of concrete but in front of an air hole,” Fr. Cator explains. “I then understood that nothing happens by chance.”

His answer is clear: “Prayer and the support of my community are already enough.”

As for the rescuers, given the risks, they could only dig him out with their bare hands while regular aftershocks kept forcing them to retreat. “But when they reached me, the aftershocks miraculously stopped,” he said. “It was the hand of Mary,” concluded a smiling Fr. Martyr, who was present during our interview. 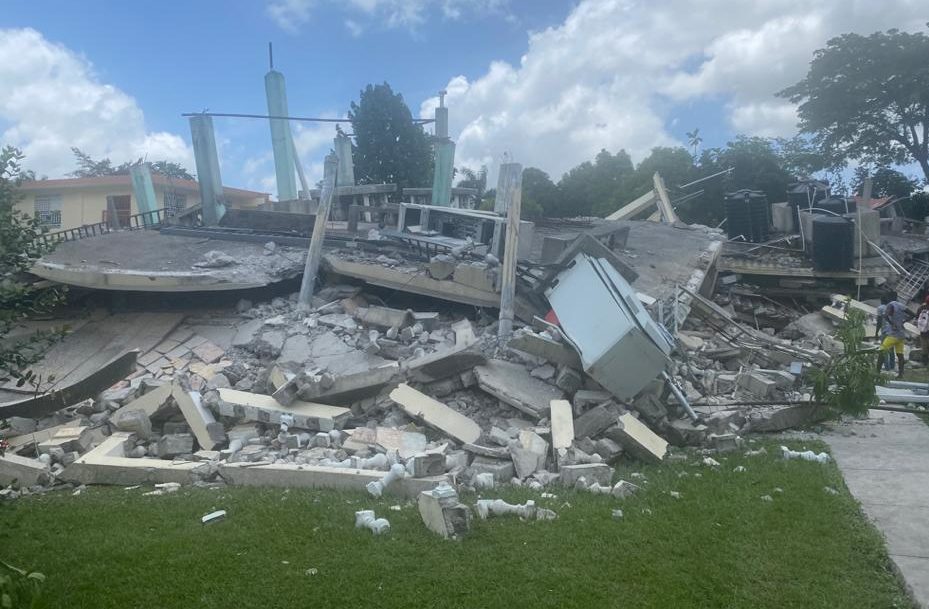 The rubble—a pile of stones and the first floor of the building swallowed by the earth—testifies to the violence of the shaking. Founded in 1816 by Eugene de Mazenod, a Frenchman, the Oblates of Mary Immaculate have been living in this seminary near Campérin, 13 miles from the city of Les Cayes, since 1945. However, because of summer vacation, the 20 or so seminarians and employees were absent.

“If they’d been there during vacation, the toll would probably have been higher,” said Fr. Jacques, another member of the congregation.

Already in 2008, Fr. Cator had miraculously survived another natural disaster: a flood. Just when he feared the water would carry him away, a barrier gave way by surprise, emptying the house that was filling up to nearly over his head.

Two years later, he was in Port-au-Prince during the January 2010 earthquakes that killed 250,000 people. He was having trouble walking, and Fr. Cator cannot explain “how he found himself outside of a church in an earthquake” when he was supposed to say Mass.

In the meantime, despite his reduced mobility and impaired vision, he thanks “Mary, from the bottom of his heart.” Sitting next to him, his superior hopes “for more and more miracles for the flourishing of faith in the Church.”

Walking with Eugene – a new adventure begins!
Celebration of the Diamond Jubilee of the Oblate presence