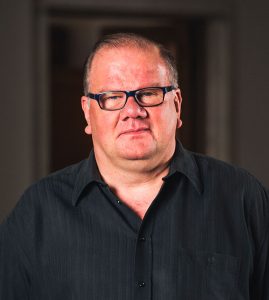 With the consent of his Council in plenary session, Father General appointed Fr. Marc Dessureault to the Office of Treasurer General on September 30, 2011.
Fr. Marc was born in 1963 in Alma, Québec, Canada, and entered the Novitiate at Sainte-Marie, Québec, in 1985, where he made first profession the following year. He continued his first formation in Rome where he made perpetual profession in 1990 and in the following year was ordained to the diaconate. Before leaving Rome, he completed a license in moral theology. Upon receiving his first obedience to Notre-Dame-du-Rosaire province, he returned to Canada where he was ordained priest in 1991 and was involved in youth and vocation ministry for the province. From 1994 until 2001 he ministered on the pastoral team for campus ministry at Jonquiere College, Québec, during which time he earned a certificate in Psychology from the University of Quebec.
He returned to Rome from 2001 until 2005 and served in the General Administration as Executive Assistant to the Vicar General and also assisted the Treasurer General. Upon reassignment to Notre-Dame-du-Cap province in Canada, he returned to graduate school where he earned a master’s degree in business administration at the University of Ottawa in 2006, and then served from 2007 until 2009 as Director of Human Resources and Finances at the Notre-Dame-du-Cap Shrine in Trois-Rivières, Canada. From 2009-2011 he served as Vice-Rector for Administration and Government at Saint Paul University in Ottawa. He was He is fluent in his native French, as well as in English, Italian and Spanish.